What will Bristol’s new mayor do about housing?

Earlier this month Marvin Rees of the Labour Party was elected as Bristol’s new mayor. As part of his policy to “build a better Bristol” he intends to make changes to the city’s housing, but what will this mean for you?

The state of Bristol’s housing

Bristol’s housing is often referred to as being ‘in crisis’. Currently the city’s population stands at 442,000 people and is expected to rise by 9% before 2022. The city has approximately 194,000 homes, and properties are usually snapped up quickly when they appear on the market. Under previous mayors it was proposed that 30,600 new homes would be built in the city from 2006 to 2026; towards the end of last year the total completed stood at only 16,300.

It is no surprise, then, that Bristol’s housing was a hot topic during this month’s mayoral election, and that housing policies were at the forefront of many candidates’ campaigns. Overall it is estimated that, between 2010 and 2015, Bristol needed 800 affordable homes per year, and between 2016 and 2036 that figure will rise to 940 per year. So what has already been done?

Mayor of Bristol from November 2012 to May 2016, George Ferguson proposed many policies to help the housing crisis. In 2013 he announced plans to build 2,500 new homes by April 2018. In the same year he established his Homes Commission, which aimed to increase housebuilding and affordable housing, and to bring empty homes back into use. Between 2010 and 2015, 1,490 new affordable homes were built and 3,248 empty houses made usable. However, Mr Ferguson recognised that more work needed to be done to accommodate the city’s growing population.

In his campaign Marvin Rees pledged to build 2,000 new homes, of which 800 will be affordable, per year by 2020. Just this week, in his first appointment as mayor, he made Paul Smith his cabinet member for homes and communities. Mr Smith started right away by taking over 80 hectares of council-owned land. “We’re now going to look at how we can develop that land ourselves by setting up our own development company,” he said. “That means we can generate the profits from developing the land, which will allow us to cross-subsidise provisional subsidised housing.” 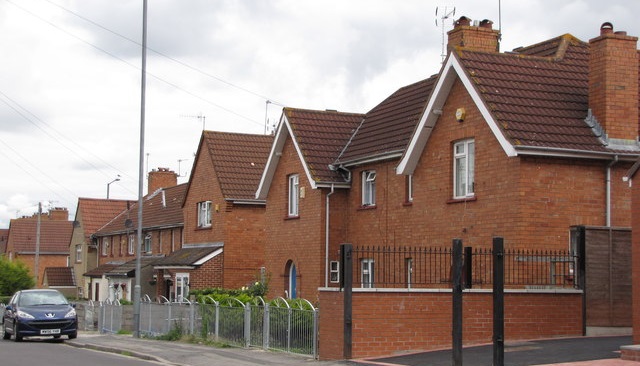 What it means for you

Mr Rees’ housing policies will have an impact on all sectors of the housing market. For buyers there is the promise of 2,000 new homes a year, and the reclamation of brownfield sites (formerly industrial land) for housebuilding. Those who own the city’s empty homes and buildings could lose their council tax subsidies, and Mr Rees also intends to create a public register of the city’s vacant land, and work with communities to decide which areas are priorities for development.

Of interest to investors in the housing market are Mr Rees’ plans to establish a ‘Bristol Bond’, which will allow people to invest in local housing schemes. If you are interested in building property in Bristol, Mr Rees aims to provide support to local builders and projects, including eco-homes and self-builds already agreed upon.

For renters, Mr Rees has promised to “give tenants a voice” by creating a ‘Tenants’ Federation’ to represent all the city’s tenants. Of significance to landlords who rent to students, Rees intends to “ensure a proactive approach to the management of student housing” and build more dedicated student accommodation.

To find about more about the new mayor’s plans for Bristol, you can take a look at Mr Rees’ full manifesto here.

What do you think about Marvin Rees’ policies for Bristol’s housing? Let us know with a comment below.