By Gough Quarters18th May 2018Areas of Bristol
No Comments

Over the years, Bristol has been home to countless people who have made their mark on history. Whether you live here too, or you’re just passing through, here are some of the places you can visit in the city in order to follow in some rather grand footsteps.

Social campaigner, writer and philanthropist Hannah More was born in Fishponds in Bristol, and after receiving some money following a failed engagement, she was able to spend her time writing poetry and plays. Eventually she turned her writing skills towards social issues, and she campaigned against the slave trade, wrote political tracts for the poorer classes, and carried out charitable activities in the Mendips region.

Born in Penzance, Cornwall, Humphry Davy moved to Bristol in 1798 in order to work at a newly founded hospital in Hotwells. It was here that he discovered both the euphoric and anaesthetic effects of nitrous oxide (‘laughing gas’). This wasn’t his only contribution to the world of science – he went on to discover the elements calcium, magnesium and chlorine, and to invent the ‘Davy Lamp’, a type of lamp that was safe to use in mines.

Although he never actually lived in the city, 19th-century civil engineer Isambard Kingdom Brunel did a lot to shape it. He was made chief engineer of the railway line that would eventually connect Bristol to London, and he designed a number of tunnels and bridges along the route, as well as the original Temple Meads station. But, of course, his most famous creation was the Clifton Suspension Bridge, that icon of Bristol which spans the Avon Gorge and is instantly recognisable as a symbol of the city. 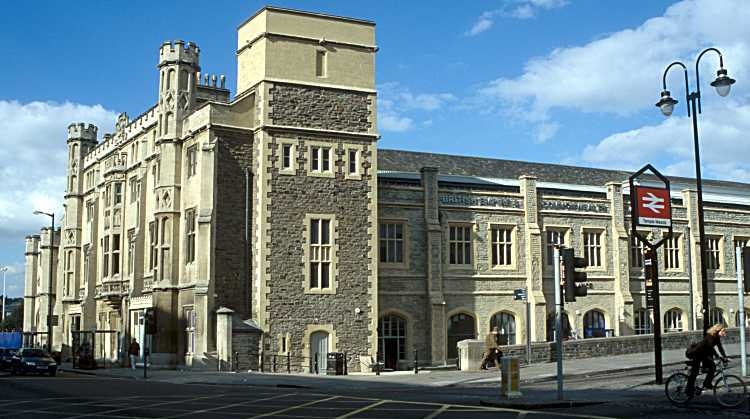 Elizabeth Blackwell was the first woman to receive a medical degree in the United States, but she grew up in a house on Portland Square in Bristol. When she was 11, her family moved to Cincinatti, USA, where she pursued her medical education and became the first woman to have her name put on the register of the General Medical Council. Eventually Blackwell returned to England, where she opened a school of medicine for women, in London.

As the leader of the suffragette movement in the south west, Annie Kenney lived in Bristol from 1907 to 1911, including in a house on Gordon Road in Clifton. During her time as a suffragette she had an audience with then-Chancellor of the Exchequer David Lloyd George to explain the terrible situation of working-class women, and she also endured imprisonment and force-feeding as part of the struggle for women’s suffrage.

Best known for being a leading man in Hollywood in the 1930s and 40s, Cary Grant was born on Hughenden Road in Horfield. During his childhood he attended Bishop Road Primary School and Fairfield Grammar School, before eventually joining a vaudeville touring group and making his way over to America. During his film career he starred in movies such as North by Northwest and Arsenic and Old Lace, and acted opposite such great actresses as Audrey Hepburn, Doris Day and Ingrid Bergman.

Do you want to live in this illustrious city? Contact Gough Quarters today to find out more.