People often move to Southville to get more for their money. You tend to be able to pick up an extra room or some garden space on a property rental in Southville for the same price that you would pay for one without, for example on either side of Whiteladies Road or in the Centre.

Unlike the aforementioned areas there is not much sign of students. Its proximity to the City Centre along with the potential of more space makes it a haven for professionals in their 20s and 30s, both with and without children.

Things to do in and around Southville

That is not to say it is without its things to do: far from it. As already alluded to it is within easy walking distance to the Centre, which is useful for both work and play. But Southville, and the wider Bedminster area, have significant social offerings of their own. 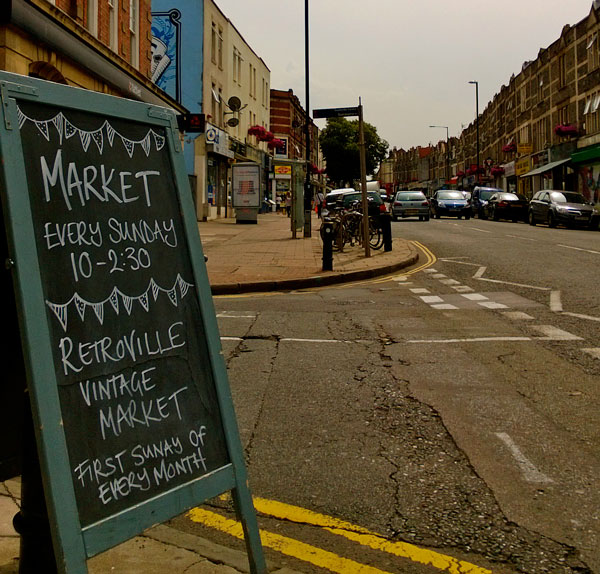 The crown jewel is North Street with its bubbly mix of bars, cafes and shops. This tends to be a focal point of activity and events such as UPFEST prove extremely popular and contribute to a community feel.

Local’s tip: Rare butcher’s on North Street is so good people queue down the street on a Saturday morning for its fares. Other popular establishments include Mark’s Bread, Zazu’s Kitchen, a Thali Café and the original Lounge.

Tobacco Factory: a centre for the arts in Southville

At one end of North Street is the Tobacco Factory: a rather imposing relic of Bristol’s industrial heritage now transformed into a renowned theatre, art gallery, cafe and bar. It is great to have on the doorstep and draws clientèle in from far and wide.

In certain streets you get great views of the Avon Gorge and Clifton Suspension Bridge – one of the most iconic sights of Victorian engineering.

Southville is on the right side of town for both the airport and Temple Meads which makes travel out of Bristol very easy. And if you just fancy an afternoon escape from the city, the rolling grounds of Ashton Court are about five minutes in the car.

Southville is a thriving community-orientated part of town with a somewhat bohemian feel. Some people refer to it as “the posh part of Bedminster” and while there is an element of subjectivity to such a statement, what is certain is that it offers good value residential lettings compared to some of the other areas surrounding the Centre.  Another interesting read about Southville can be found here.